President Xi has given a clear direction for Hong Kong to start progressing from disarray to good governance over the next five years. I agree that it is necessary to realize “patriots administering Hong Kong” in order to implement “One Country, Two Systems” and start a new chapter for good governance.

In his important speech delivered on 1 July, President Xi Jinping solemnly declared that “One Country, Two Systems” is a good system that must be upheld for the long term, thus giving a boost to Hong Kong's future development. President Xi also profoundly summed up the “four musts” for putting “One Country, Two Systems” into practice and stated “four expectations” for the new-term Government, giving a clear direction for Hong Kong to start its progress from disarray to good governance over the next five years. It coincided with the commencement of the sixth-term HKSAR Government. In early July, the Legislative Council began discussions on putting into practice the principle of President Xi’s speech he delivered on 1 July to offer policy suggestions to the new governance team of the HKSAR Government. I agree that it is necessary to realize “patriots administering Hong Kong” in order to implement “One Country, Two Systems” and start a new chapter for good governance.

In 1984, Deng Xiaoping stated that “Hong Kong people ruling Hong Kong” has its bottom line and criteria, i.e., “the administration of Hong Kong affairs must be carried out by ‘Hong Kong people, with patriots forming the main body of administrators’”, while “the criteria for a patriot are to respect one’s own nation, sincerely support the motherland’s resumption of exercise of sovereignty over Hong Kong, and not to do any harm to Hong Kong’s prosperity and stability”. Taking a broad view of the practice of “One Country, Two Systems” since Hong Kong’s return to the motherland 25 years ago, we have learned a profound lesson – without the realization of “patriots administering Hong Kong”, Hong Kong will greatly suffer a variety of unfavorable consequences, such as being engulfed in political infighting, missing development opportunities, sinking into social chaos, and accumulating deep-seated conflicts, with its residents ultimately becoming the victims. As President Xi said, “keeping the government of the HKSAR safely in the hands of people who love the country is an essential requirement for Hong Kong’s long-term prosperity and stability. To put the governing power in the right hands is to safeguard Hong Kong’s prosperity and stability as well as the immediate interests of over 7 million people in the region”. 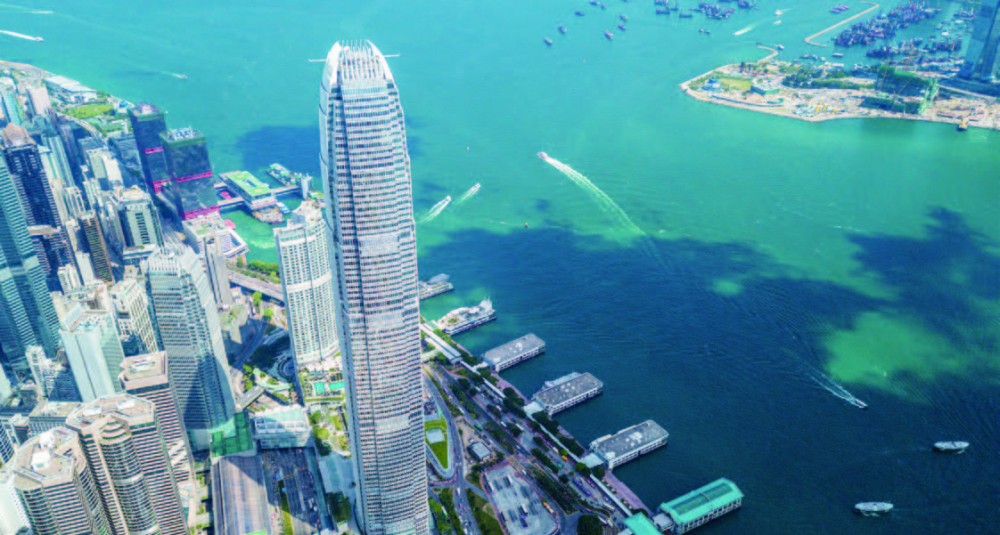 Hong Kong successfully concluded three important elections after last year’s local legislation of its electoral overhaul that was initiated by the country, putting into practice the principle of “patriots administering Hong Kong” in the HKSAR. Over the next five years, the Government should continue building the “patriots administering Hong Kong” system, including studying the oath-taking arrangements for public officers such as employees of government-funded bodies and statutory bodies as well as teachers of aided schools, stay vigilant, resist and strike against counter-attacks by international forces that are opposed to China and attempt to destabilize Hong Kong, and comprehensively complete the research on enactment of legislation under Article 23 of the Basic Law.

The key to realizing the superiority of the “patriots administering Hong Kong” system lies in people. The HKSAR Government, which is directly responsible for the governance of Hong Kong, undoubtedly should improve the level of governance, including making use of training and temporary appointments to nurture civil servants to become well-equipped with both national and international perspectives to serve as administrators who can actually deliver practical results for the people. Secondly, it should cultivate patriotic talents in terms of depth, breadth and intensity. “Actively encouraging the younger generation to serve on government statutory and advisory bodies to provide a platform for participation in social affairs” stated in the Chief Executive’s political manifesto is a good start. Nevertheless, to ease the dearth of political talents in Hong Kong, besides strengthening the Constitution, the Basic Law and national education, and establishing a broad patriotic foundation, the authorities need to draw on the experience of the Mainland and Singapore to establish a system to attract and nurture governance talents, including both civil servants and non-civil servants, to enable more talented people with lofty ideals to enter the HKSAR Government’s talent pool to receive systematic and echelon-based training and experience, and to establish long-term evaluation metrics such as professional ability, political discussion ability and social participation in order to clearly identify channels for promotion.

However, the realization of “patriots administering Hong Kong” is not a one-size-fits-all approach, as building Hong Kong still requires solidarity and diversity. In fact, the universally recognized success of the practice of “One Country, Two Systems” in Hong Kong over the past 25 years is the result of the full support of the motherland and the joint efforts of the HKSAR Government and all sectors of society. Hong Kong is a diverse society with a blend of Chinese and foreign cultures. Amid challenges such as post-epidemic economic recovery, enhancing Hong Kong’s competitiveness, eradicating people’s livelihood difficulties and solving deep-seated problems, the Government must carry on “the mainstream values which are characterized by the love for both the motherland and Hong Kong as the core and are in conformity with the principle of ‘One Country, Two Systems’” to unite all forces that can be united in order to truly “start a new chapter for Hong Kong together”.

Specifically, not only must the Government harness the team spirit that the Chief Executive values to complement each other and proactively deliver impactful results, but government officials must also listen to, communicate with and reach out to the public with a sincere attitude to unite all sectors of society. And the key is that the Government has to take the initiative to set the stage for solidarity, i.e., enable all sectors and strata of society, including young people, to share in the fruits of Hong Kong’s development. In this regard, President Xi has given a clear direction in his speech – “the Central Government fully supports Hong Kong in taking active yet prudent steps to advance reforms and dismantle the barriers of vested interests in order to unlock the enormous creativity and development potential of the Hong Kong society”. In addition, with regard to legislature, the new electoral system has broad representation, political inclusiveness and balanced participation under the premise of “One Country” in terms of institutional design. In the future, its scope of solidarity can be expanded to accommodate more different voices to strengthen the supervision of the Government and help the Government do its job well and avoid the possibility of mistakes, thus making it possible for good governance.